I have restored several planes in my pursuit of finding the right tool in hand tool woodworking.  I have done several Stanleys of various vintage and quality, off brands, and long dead brands that change hands around the US.  I have met the odd fellow in a parking lot to look at a few planes in a trunk and make him an offer he can’t refuse.  I have not however had the joy, nay, privileged of restoring a Stanley Bedrock plane.  Whelp, that changes now.  I got my hands on a couple of old Bedrock, not the collectors models with unobtainium this and special feature that, just two good, everyday users.  They were in just that condition too.  They had been in a craftsman’s toolkit, likely much more skilled than I for a long time.  They were punched and Marked, and painted, and cracked and just generally used.  This photo tells the whole story, that pitting, appears to be from the salty sweat of a knuckle very particularly corroding a screw, as if it had been out in corrosive sea air for a part of its life.  Check out the video to see my restoration process. 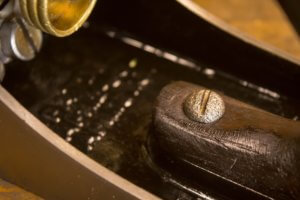 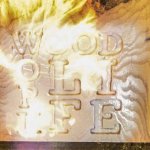